You are here: Home / Community / Review: The Spitfires: Last Night of the Proms 2016 – the 14th Eastleigh Scout and Guide Band

As expected, The 14th Eastleigh Scout and Guide Band “The Spitfires” gave an outstanding performance at their concert on 5th November. A varied programme included musicals, military marches, and classical pieces – even The Village People’s music got a look in.

The concert included two soloists. The first sang Nessun Dorma – a piece normally heard as a tenor voice, but no way diminished by the soprano (I think it was) at the concert. A wonderful voice, singing the high notes with as much precision and clarity as the lower ones. 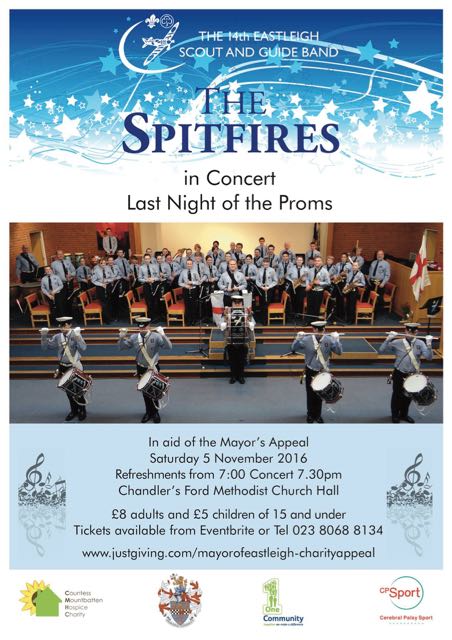 The second soloist performed on the xylophone. Whenever I watch a xylophonist I wonder how they manage to hit the notes so accurately – the length of the hammers and the small size of the bars must surely lead to a high margin of error. This (helter skelter) was a fast piece – comic relief came when the player took a rest break half-way through.

The band’s virtuosity was demonstrated by Carl Orff’s Carmina Burana (only two movements, not all 25!). Someone more knowledgeable than I about such matters explained to me that this is a difficult piece to play as the time signature changes frequently – sometimes every bar. He added that the words are also tricky to sing to because of frequent ‘S’ sounds, which are difficult to sing without hissing.

The Corps of Drums gave a demonstration of military precision and timing, and joined the band for the marches and “last night of the proms” finale. 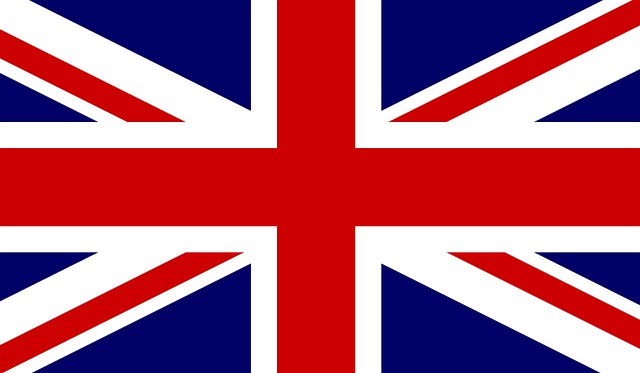 This was a concert for all ages. To prove it we took my octogenarian (he won’t thank me for that) father and a teenager. My father was extremely impressed – you can read his review in a couple of days. And the teenager’s response when I asked her how she was enjoying it? “Normally when I go to a concert I get bored after a while, but not tonight. Suddenly it’s the interval and I haven’t noticed the time passing”. So that’s a thumbs-up from the fourteen-year old.

Review: The Spitfires Band (5th Nov 2016) and My Other Ramblings

Review: The Spitfires in Concert – the 14th Eastleigh Scout and Guide Band

Review: The Spitfires Band (5th Nov 2016) and My Other Ramblings

Review: The Spitfires in Concert – the 14th Eastleigh Scout and Guide Band

Spitfires in Concert – Last Night of the Proms – 5th November 2016

I've lived in Chandler's Ford and Eastleigh for most of my adult life, having recently returned after seven years in north-west Hampshire (though remaining a regular visitor to the area).

I work in IT, and my hobbies include bell ringing, walking and cycling. I volunteer with St John Ambulance and am also a self-confessed “born-again runner” having discovered parkrun in 2015.

I enjoy watching live theatre and music, and try to watch many of the shows that are performed in the Eastleigh area.