If you are a fan of Les Misérables and concerned that the “schools edition” might be a dumbed-down version, let me reassure you – it isn’t. The adaptation contains all the passion and power of the original.

Would this make it too ambitions and beyond the reach of a group of sixth-form students? Ambitions yes. Beyond the reach – absolutely not. The performance was breathtakingly outstanding.

You knew you were in for something special as the first dramatic chords of the musical score played and the chain gang of convicts shuffled onto the stage to perform the opening scene. You could sense the desperation of the convicts – broken in body and spirit.

Throughout the show the actors bombarded the audience with their skill and emotion as they brought the production to life. I felt emotionally drained when the curtain came down – and this was only the end of act one.

The character of Javert was portrayed with the firm stance and sternness that this uncompromising embodiment of the law required. We saw Jean Valjean slowly – almost imperceptibly – change from convict, to successful business man, to dying man as the musical progressed.

The unscrupulous Thénardiers were played with exquisite comic timing – the ease with which the “Master of the House” scene was performed belied the complicated choreography and timing that went into it. Quite possibly the most complex scene of the whole play, and a fine example of the talent of the performers – making what was difficult appear to be easy.

As well as the Barton Peveril students, three children from local schools were chosen to play the younger characters – the young Cosette and Eponine, and Gavroche – the cocky, street-wise urchin. Wonderful performances from all three children who perfectly complemented, and showed as much talent as, their older peers.

It is the songs that make a musical – even more so in Les Misérables where the entire dialogue is sung. No matter how fine an actor you are, if you can’t sing the songs you can’t give justice to the part (as Russell Crowe so ably demonstrated in the film version).

Les Misérables has one of the best collections of songs in musical theatre – from rousing ensembles to evocative and haunting solos. The music was expertly provided by another group of talented Barton Peveril students in the orchestra and the songs were performed to perfection – not a note out of place, not a word made indistinguishable.

And let’s not forget the importance of the production crew and behind-the-scenes staff – lighting technical, set designers, costume designers, make-up artists etc. So many different talents working together to make a memorable performance.

All in all, a wonderful event’s entertainment – as good as anything I’ve seen in professional theatre. The cast and crew were well-deserving of their standing ovation. I’m already looking forward to next year’s Barton Peveril production – but may have to book tickets early. Tickets for Les Misérables sold out two months ago – and based on the success of this production, I think next year’s will sell even more quickly. 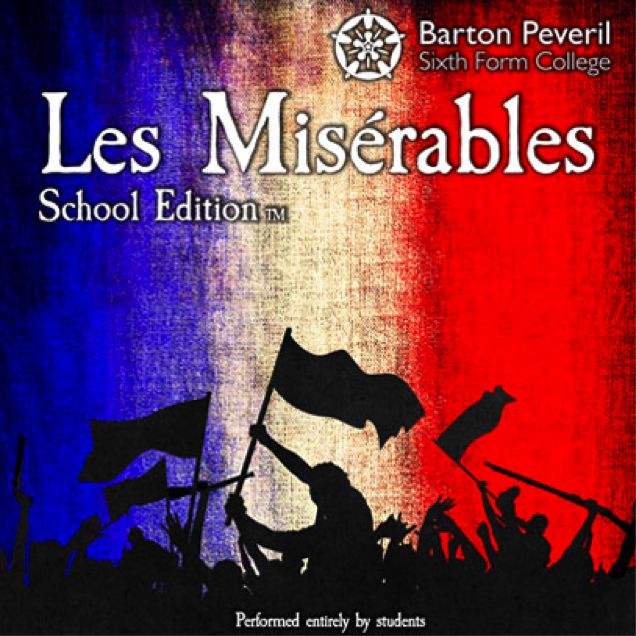 Thornden Hall: Alive with the Sound of Music

I've lived in Chandler's Ford and Eastleigh for most of my working life, with interspersed with a few years in north-west Hampshire (though remaining a regular visitor to the area).

I work in IT, and my hobbies include bell ringing, walking and cycling. I am also a self-confessed “born-again runner” having discovered parkrun in 2015.

I enjoy live theatre and music, and try to watch many of the shows that are performed in the Eastleigh area.