You are here: Home / Community / E-fit Image Released after Thousands of Pounds Worth of Jewellery Stolen in Chandler’s Ford

Officers investigating the theft of thousands of pounds worth of jewellery from a Chandler’s Ford home have released an e-fit image.

Gold jewellery worth around £15,000 was reported stolen from a house in Castle Lane on Sunday, 10 September 2017.

The burglary happened between midday and 4pm and three men were seen leaving the area on foot that afternoon.

One of the men was described as wearing a blue puffer jacket with the hood up.

Another of the men was wearing a creamy, white buttoned shirt with long sleeves and beige trousers.

An e-fit has been produced based on the description of this second man.

Do you recognise this man? Did you see three men walking in the area that afternoon?

Do you recognise anyone from this e-fit? We’re investigating a burglary in Castle Lane, Chandler’s Ford – visit https://t.co/AEzKS7YCTi pic.twitter.com/MxOeoewt45

We would also like to speak to anyone who has been offered gold jewellery to buy.

If you have any information relating to this case, please call 101 quoting reference ‘44170351210’, or contact Crimestoppers anonymously.

Keeping your home safe and secure. 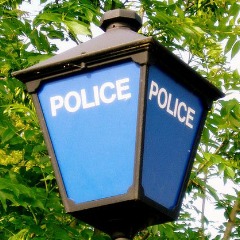