You are here: Home / Arts / The House at Ladywell

Would you fall in love at first sight – with a house?

When my second Harriet Quigley mystery was published, blogger Geranium Cat said, in what is still my favourite review:

Not listed in the Dramatis Personae at the start of A Crowded Coffin is the Attlin family’s farmhouse, although you feel it should be there; once known as the Angel House, Locksley Farm Place dates back centuries, perhaps to a Roman villa on the same site. The author conveys the sense of the house’s age and antiquity seamlessly… and the reader is left with an impression of great solidity and warmth which permeates the whole book…’

It’s such a perceptive comment and I hope readers will feel the same about this new book because – in The House at Ladywell – the house is clearly the main character. We first ‘meet’ it when Freya, the protagonist, goes to view her inheritance and falls head-over-heels in love with the house. As she settles in the reader gradually learns the history of both the house and the family down through the ages.

I’m delighted to be able to say that I’ve now signed a contract with Crooked Cat Books and they will publish The House at Ladywell as an ebook in the autumn, to be followed by the paperback.

For a change, this book isn’t set in Winchester but not far away in my fictitious town of Ramalley, the small market town where my first published novel, Scuba Dancing , was set. It’s not a follow-up but the town is recognisably the same. It’s also recognisable to sharp-eyed readers who contacted me when Scuba Dancing came out and said, ‘It’s Romsey, isn’t it?’ Of course it is – but it’s Romsey with added extras!

I usually have a picture of the characters inside my head and for some reason Richard Armitage popped up whenever I wrote about Patrick, the contemporary hero. I can’t imagine why but it’s true: that’s exactly how I see him! (And because one of the historical ‘echoes’ in this book involves the Battle of Waterloo, here’s a gratuitous photo of Sean Bean as Lt Richard Sharpe. And why not?) 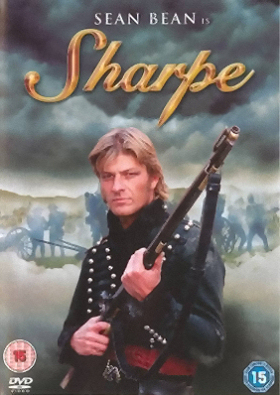 In case you’d like to see some of the other inspirations for this book, here’s my Pinterest account and you’ll find the Board for The House at Ladywell there: Nicola Slade Author on Pinterest.

Further Adventures of a Fantasy Author

Sharing the Joy of Libraries

I'm a writer, with seven books so far, all traditionally published. There are three books in my historical series and three in the contemporary one, as well as a romantic comedy. All my books are set in and around Winchester.