You are here: Home / Information / Have You Ever Thought How Much Happier the World Would be Without Disease, War and Crime?

Every day the media carries reports of wars, diseases and many evil things. There are times when reflections on this state of affairs involve a religious dimension. People from many faiths might pray for a better world and sometimes hope that their prayers might be answered. 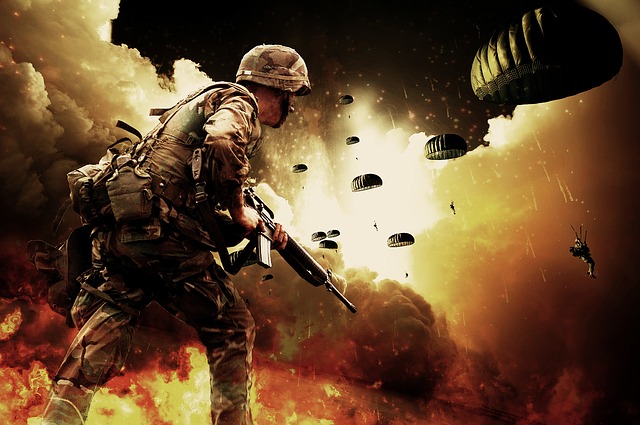 When I was a child we used to discuss this problem among ourselves during the long walk home from Sunday School.

In Sunday School the preacher used to tell us about God, how powerful He was, how he could perform miracles and that He knew everything that we did, and how nothing could be concealed from Him. This fired our imaginations and we would discuss possible limits to His power.

The Problem of evil

A short while ago a British celebrity and renowned atheist, Stephen Fry, reminded me of our youthful discussions when he drew attention to a much debated piece of theology known as the problem of evil. Speaking to a TV host on Irish station RTE’s ‘Meaning of Life’ programme, 7th May, 2017, Stephen Fry was asked by Gay Byrne, the show’s host, what he were to do if he did meet God after his death.

Fry responded: “I’ll say: bone cancer in children, what’s that about? …How dare you create a world where there is such misery that’s not our fault? It’s utterly, utterly evil…Why should I respect a capricious, mean-minded, stupid god who creates a world which is so full of injustice and pain?”

On Fry’s interpretation, God – if He exists – is some kind of omnibenevolent superman with powers to eradicate pain and all evil, and must ultimately bear responsibility for harms and wrongs in this world.

The original statement of the problem is attributed to the Fourth Century BC Greek philosopher, Epicurus, in the following argument.

This argument is of the form modus tollens, and is logically valid. If its premises are true, the conclusion follows of necessity. However, it is unclear precisely how the existence of an all-powerful and perfectly good God guarantees the non-existence of evil. 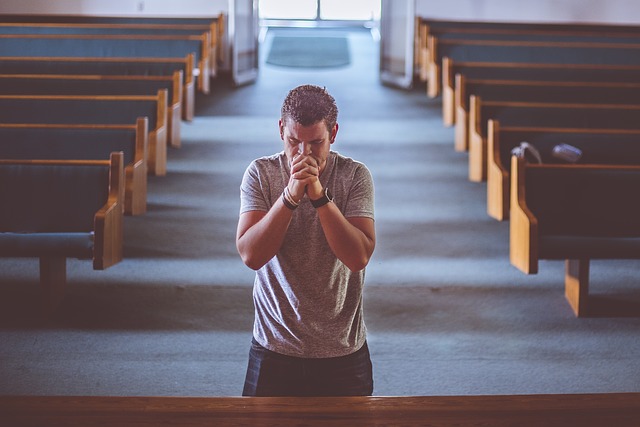 There is, however, an objection to Fry’s question, which suggests that it cannot be answered by an omnibenevolent being. Asking God why He permits evil would be both morally and logically incoherent, as an omnibenevolent being would not be in a position to provide reasons for allowing evil which are morally acceptable. Giving reasons for evil does not make evil acceptable or virtuous.

There is a Jewish-Christian Feminist idea of God as a Being who suffers in response to evil which calls for believers to share in God’s suffering. It draws attention to the two Mary’s expressing sympathy for the suffering of God at the crucifixion of His son. Fry’s attempt to cajole God into behaving like some tough leader of a SWAT team would obviously be off the mark in this context.

Limits to the God’s omnipotence

Discussions on the problem of evil have frequently focused on the logical limits to God’s powers, as seen in medieval debates regarding His omnipotence. One frequently debated question was this: if He is omnipotent, can He make a stone that is too heavy for Him to lift? Either way limits to His omnipotence are revealed.

Or consider the clash between His omniscience and omnipotence. If He is omniscient then He knows what will happen in the future. And if He is omnipotent then He can prevent it happening, in which case success in prevention reveals limits to His omniscience, because if it does not happen He cannot be said to know that it would happen.

These questions are quite fun and have little to do with practised religion but nevertheless open up fascinating inquiries into the relationship between logic and language, as they focus on our understanding of fundamental rules governing thought and its expression, such as contradiction, and the limits of language. But these are conceptual matters, not to be confused with arguments appealing to empirical evidence. They invite investigation into our understanding of unlimited power, unlimited virtue and knowledge.

Consultations on Science and Theology

Several years ago I attended weekend consultations at Windsor Castle between theologians and scientists. One weekend we discussed how God might initiate change in the world. Discussions continued over drinks in the bar, and I recall a discussion on causality where I argued that whilst scientists and others might look for causes as an explanation of events, there are times when a causal search is meaningless, such as the search for the cause of our idea of causality, without which we could not make sense of the world.

Eventually the topic turned to a problem known as ‘The God of the gaps’, according to which Divine intervention might be considered in areas where there are gaps in scientific knowledge. I found myself in debate with the former Archbishop of York, Dr John Habgood, a member of The Science and Religion Forum, who was toying with a theory God need not actually intervene in any causal chain, but simply had to exist and that would bring about a specific result.

My response was met with mirth when I suggested that this made God appear like a newspaper proprietor who does not write the editorials, but the editor knows exactly what to say and why.

So what could Fry have said in the proposed meeting with God?

He might have said something like this. ‘Well God, I have to admit that I never believed in your existence. That was a mistake, wasn’t it? I suppose I could echo Bertrand Russell’s question and ask you why you made it so hard for me to believe in you.

But then I might offer you an apology. You gave me health, talent, intelligence, wealth, and a position of authority where I have been widely regarded as an influential opinion leader. But with all of this, I cannot claim that the world is a better place for my existence. It is probably worse. Quite honestly God, I blew it, wasted the gifts that you gave me. I sucked up to the media and its worldly rewards, and never really attempted to confront the evil that was before my eyes. Add to that, I made an idiot of myself on a TV show where I blamed you for all the failings of my generation and myself.

And God might well reply as follows: ‘I have no objections to your criticism of me Stephen, I admire freedom of speech. Come on in’.

I wish to express my appreciation to the custodians of Windsor Castle who made it possible for free and unlimited debate on science and religion at these consultations. Spending weekends at the official residence of the royal family was a privilege and an opportunity to learn about the monarch’s understanding of people.

I recall a dispute over a painting of the Crucifixion where Christ was depicted in an unflattering manner. His arms, for example, were badly deformed, and there was an opinion that the painting should not be displayed. The Queen offered her opinion. She said: ‘if He were a carpenter in those days, this is how his arms would look’. She made it clear that the painting should stay.