What happens when an amateur theatre company needs props that they don’t have?

They ask a friends, ask a neighbour, or ask local residents. 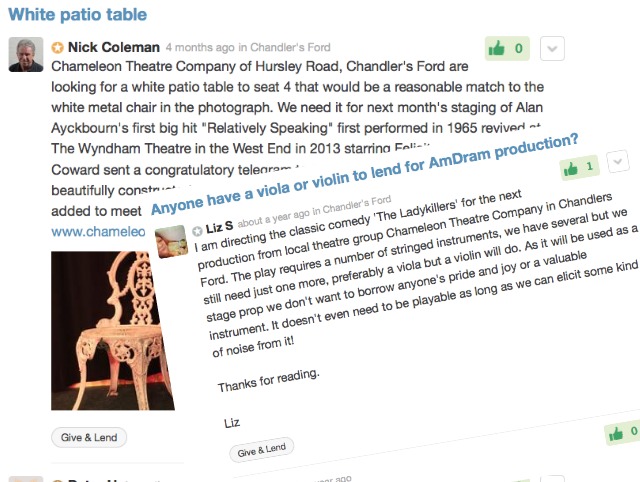 In their gothic drama Dracula this week, the Chameleons needed a coffin.

However, Director Liz Strevens didn’t have any trouble finding a coffin, because Hursley Road is full of them!

It was both a glamorous and ominous evening. At Ritchie Memorial Hall, we were greeted by members of the Chameleons, who were all smartly dressed in black with a touch of red.

Director Liz Stevens was definitely the epitome of glamour of the evening!

Now the Chameleons also have a licensed bar for those who enjoy something stronger. I enjoyed my cup of tea in a disposable cup with plastic handles.

In the summer audience could also watch their shows in more comfort, thanks to the introduction of air conditioning in the Ritchie Memorial Hall.

In their recent AGM, the Chameleons have chosen Chandler’s Ford Good Neighbours to benefit from their fund raising efforts from 2015 – 2016. 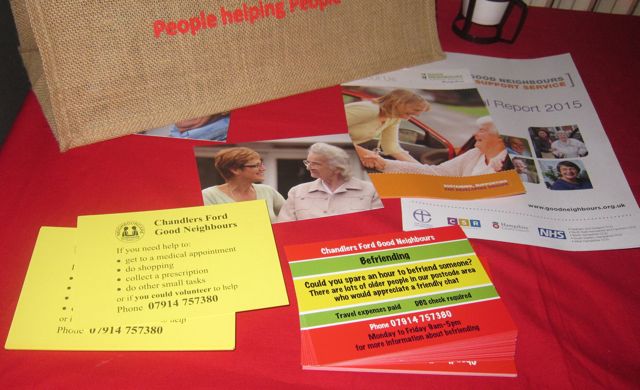 This is the most ‘serious’ play produced by the Chameleons I’ve ever seen. In previous productions such as Fawlty Towers and The Vicar of Dibley, the audience simply chillax.

There is a sense of urgency in Dracula. Lucy Westonra (played by Jennifer Prior) has died, and the tension is building up. Then Mina Harker (played by Lisa Dunbar) is critically ill. The audience is very involved in every step of new developments.

The play uses a minimalist design: a pair of doors, some chairs / bench / block, and the coffin is possibly hidden behind the doors. The simplicity of the stage forces the audience concentrate on characters more.

The ensemble is brilliant in moving the story forward. They are ably played by Matthew Meehan, Sian Hayden, Abby Brine, and Shirley Bateman.

The use of multi-roles is clever. Matthew Meehan is a storyteller in the ensemble, and emotionally tortured as Renfield, and later as a sailor.

Similarly, Sian Hayden ably plays a maid and in the ensemble. Abby Brine’s talent is not wasted. She plays in the ensemble and is the most seductive vampire.

Count Dracula, played by Simon Grey, displays a sinister and cold character. His height, body language, and superb make-up, makes him a commanding role. His accent in the style of Bela Lugosi is successful.

The play is narrative-heavy. Lots of information is given and the tension is slowly building up. The middle part of the show is particularly exciting.

The play has a strong technical team led by Lionel Elliott, who has been training young people to work backstage with him. A Toynbee student, Rebecca Nye, helps with the sound system. Sam Hemley and Ben Williams were also helping and learning.

Interview with an audience

My son Ben is probably one of the youngest audience. I conducted an interview with him, and here is his review of Dracula.

1) What’s the most impressive / the most memorable scene to you?

I find the final fight against Dracula very effective as the lighting and music was in sync with the action. The build-up was also very well timed and it made the final fight great to watch. The whole second act escalates magnificently.

2) Is Dracula meant to be a comedy? Does the show make people laugh / scared?

Some of Van Helsing’s lines I think were supposed to be funny but the majority of the play is serious. However sometimes the audience would laugh at a scene which was supposed to be serious, which I don’t understand. One scene is where Harker is about to kill Dracula and Dracula’s hand pops out to grab the stake and Harker screams. Because I was helping backstage during rehearsals I knew the scene was supposed to be creepy, but the audience laughed. Very strange.

3) What do you think of the stage, sound, and lighting?

The sound and lighting all complemented the story very well. It was a gothic setting and the lighting was different for different scenes. For Dracula’s castle the lighting sometimes went red while for the asylum it went green.

4) What is Dracula about? Is it a common theme in fiction?

It is a gothic story about the supernatural and the unknown. It utilises many different gothic conventions. The original book used a real life Hungarian count called Vlad Dracula as the basis for the vampire Dracula. The story is arguably an early example of science fiction, as the medical details in the plot were new and the story gets scientific at times.

5) Who’s your favourite actor/actress and why?

My favourite characters were Van Helsing (played by Wayne Bradshaw) and Renfield (played by Matthew Meehan). Renfield was very creepy and suited the horror and psychological aspects of the story. Van Helsing was awesome and had great stage presence. When he confronts Dracula he is not afraid of him and he exudes leadership. It’s obvious why he is the one in charge of taking down Dracula. Bonus points for having a bow tie and tweed, the dress code of the Eleventh (and best) Doctor.

6) Overall what is your verdict of this show?

I thought it was very well made and produced considering the budget restraints on the show. The atmosphere and acting were appropriate to the dark tone of the play. There is a lot of dialogue. I don’t know if this production was intentionally meant for the Halloween period but it certainly fits this time of year well.

7) Is this a children-friendly (or oldies friendly) show?

Unlike the Chameleons’ other performances I’ve seen, this one is probably not appropriate for younger children because of the subject matter and often violent scenes (there’s no blood but the actions are still violent). However I still think the play will be enjoyable for adults who can understand the original story’s themes and ideas.

Another Triumph for Chameleon Theatre Company