You are here: Home / Community / Open Data: How Hampshire Hub Inspired the Government

Have you heard of Hampshire Hub?

Hampshire Hub is a data store for people who live in and around Hampshire to share data, information, and knowledge.

Which organisations have joined Hampshire Hub?

Currently there are 22 partner organisations, including all the local authorities in and around Hampshire.

Mark is also one of the organisers of BlueLightCamp, digital innovation for emergency services, and founder of Open Data Camp: an unconference for the Open Data Movement.

The first Open Data Camp in the UK

A few friends and I will be attending the Open Data Camp, which will be held at the headquarters of Hampshire County Council on 21-22 February 2015.

The two-day Open Data Camp includes an unconference and maker-space.

Useful data in Hampshire Hub for you

Hampshire Hub contains lots of data and information about Hampshire and the surrounding area. These are some examples:

How Hampshire Hub has inspired the government

“He (Francis Maude) has invited Hampshire to participate in the Open Data Champions event, and makes the point that Open Data Britain is regarded internationally as one of the world leaders indeed the world leader on transparency, on open data. But he makes the point that I thought Members would like to know… the Cabinet Office has seen this innovation first hand in its recent visit to Hampshire: the Hampshire Hub is a best practice example, worthy of emulation, not least because of its commitment to publish five-star linked data. We are particularly inspired by the Linked Open Planning Register, and your project using data to encourage independent living.

So there we have it: Hampshire County Council is inspiring the government, and helping Britain to be a world leader.”

Congratulations to Mark Braggins and the strong dedicated team at Hampshire Hub.

If You Open Stuff up, Good Stuff Happens

Open Data as Old as Domesday 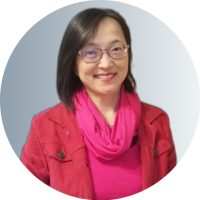