You are here: Home / Arts / Laughter in Fiction

Laughter is one of the great joys of life and it has a huge range. This is reflected in fiction too. There are the laugh out loud stories, those wonderful moments of irony, slapstick, the great one-liners and so on. What matters in stories is that humour arises naturally out of the characters and the situations the writer has put them in (and often the greater the height from which the author has dropped their characters in it, the better). 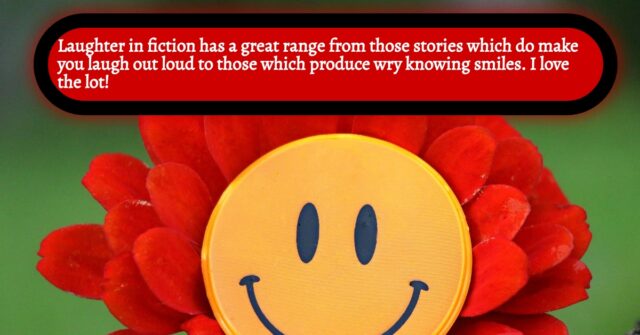 Forcing humour never works. Something is funny or not, as the case may be. When I interviewed Fran Hill and Ruth Leigh on this topic, their insights showed how difficult writing writing humour can be though both ladies manage it magnificently despite writing in different genres. Fran writes memoir with humour. Ruth writes women’s fiction with humour. 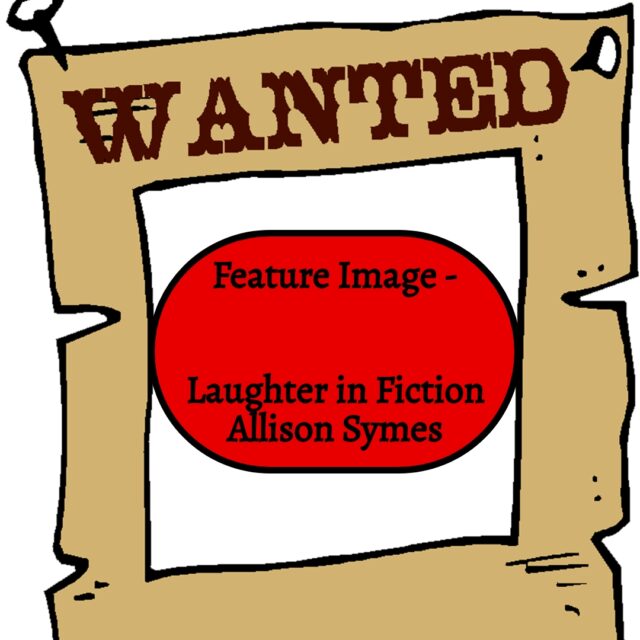 The Humorous Story Has To Be A Story First

A story, whether it is funny or not, has to work as a story with characters which convince the reader. It can never be just a series of funny lines. That won’t work. It is the story and the characters the readers want to follow. What you want to do is take your readers with you and to laugh with you as your characters come out with something amusing but it must fit in with the storyline. Otherwise it will seem forced and that is a great turn off. 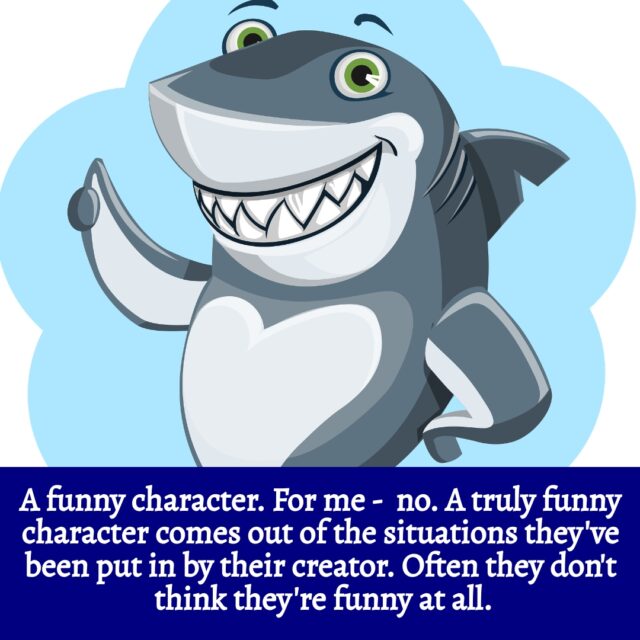 I sometimes write humorous flash and I set out to write a funny tale. That’s fine. I plan in advance how I’m going to do it. Am I going to use a pompous character long overdue to be humbled, for example? But often I will come up with characters who, out of the situation I put them in, come up with funny moments. I absolutely love writing things like that. The humour has arisen naturally so I know it will work for most people. 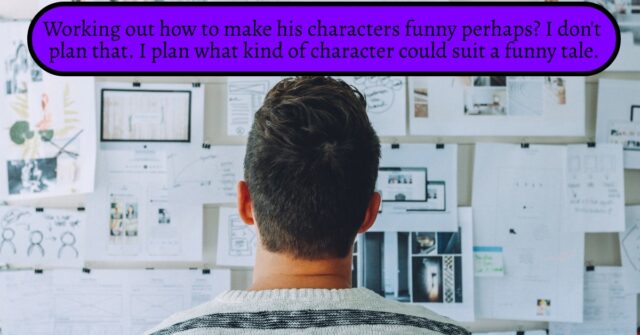 And you need to accept that even the funniest writer in the world (for me this will always be P.G. Wodehouse, followed by Terry Pratchett) will have their critics who don’t find their work funny at all. (I always want to ask myself what is wrong with these people but there you go!). 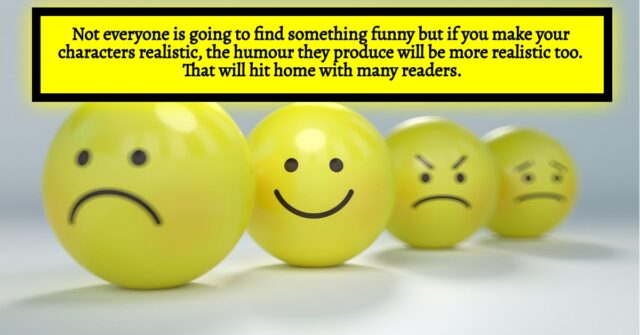 Humour based on Human Experience

All humour is based on what we know and the great thing with this is that it leads to timeless comedy. Pratfalls will always be pratfalls and when they happen to characters who deserve their comeuppance, it is a real pleasure to laugh at said characters! Often in the story you will get a sense that this character is long due a fall – and sure enough the author delivers.

Certain types of humour will always work – a witty one liner usually stands the test of time. See below for some examples from Wodehouse and Pratchett. 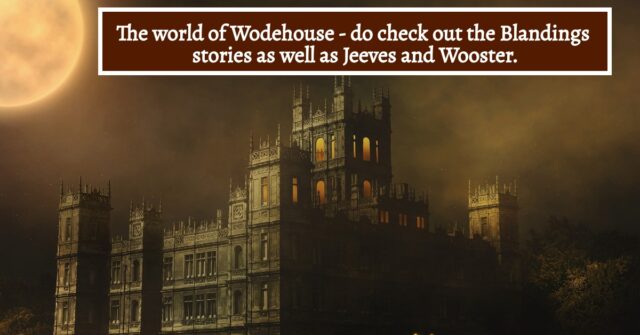 The Wit of Wodehouse and Pratchett

I could easily fill an article with quotes from these two but what would be better is sharing a small sample and getting you to read the books. They are wonderful. They are set in very different worlds. They are both hilarious. Enjoy!

“The voice of Love seemed to call to me, but it was a wrong number.” — P.G. Wodehouse, Very Good, Jeeves!

“A melancholy-looking man, he had the appearance of one who has searched for the leak in life’s gas-pipe with a lighted candle.” – P.G. Wodehouse – The Man Upstairs and Other Stories

“The Right Hon. was a tubby little chap who looked like he had been poured into his clothes and had forgotten to say ‘When.’” – P.G. Wodehouse – Carry On, Jeeves

“There are moments, Jeeves, when one asks oneself, ‘Do trousers matter?'”
“The mood will pass, sir.” P.G. Wodehouse – The Code of the Woosters.

“That’s the way to get on in the world – by grabbing your opportunities. Why, what’s Big Ben but a wrist-watch that saw its chance and made good?” – P.G. Wodehouse – The Small Bachelor

And now for some classics from Terry Pratchett. 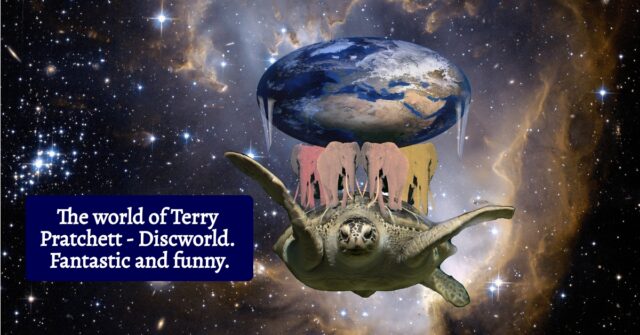 “The trouble with having an open mind, of course, is that people will insist on coming along and trying to put things in it.” (Diggers)

“A marriage is always made up of two people who are prepared to swear that only the other one snores.” (The Fifth Elephant) 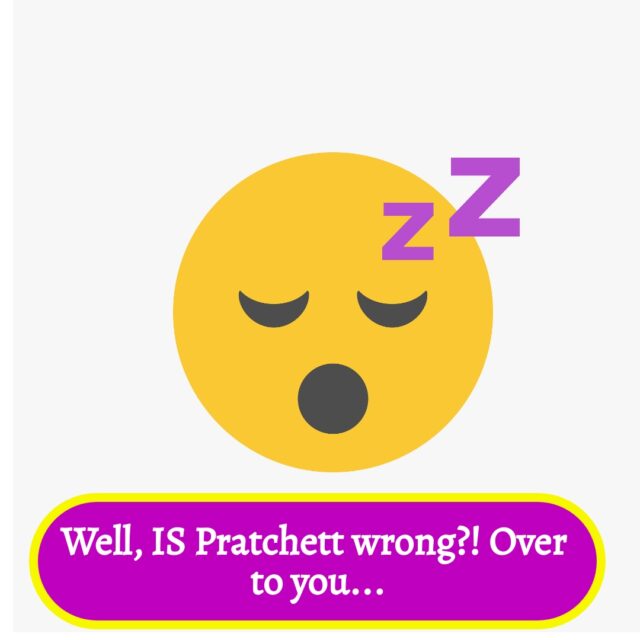 The entire universe has been neatly divided into things to (a) mate with, (b) eat, (c) run away from, and (d) rocks.” (Equal Rites)

“And what would humans be without love?”
RARE, said Death.” (Sourcery) (For those not in the know the character of Death always “speaks” in capital letters in Pratchett’s works).

And sometimes in a humorous story, you have those moments which are too true to argue with but get an important point across in a palatable way. This one is, sadly, timely right now. It is one of those that will, equally sadly, always be timely.

“Evil begins when you begin to treat people as things.” (I Shall Wear Midnight).

The Point of Humorous Fiction

Yes, the obvious point is to make people laugh (or at least smile), but humorous fiction can be and is more than that. Joseph Heller’s Catch 22 is famous for its anti-war stance yet is a humorous book (albeit a dry humour type). In Wodehouse’s stories, good will always triumph and those of lower rank will get to marry for love, despite attempts to stop them by pompous aunts etc.

With Pratchett’s work, especially in his Vimes series within the overall Discworld canon, justice will be done (even if it isn’t always the way Vimes would like) and the humour arises from what Vimes contends with, whether is the Patrician of the city state of Ankh-Morpork or having to deal with a government inspector or having to accept the need to have diversity in his force. (For him, that includes admitting vampires into the Ankh-Morpork City Watch).

All fiction should have a reader rooting for its main character. Humorous fiction, when well done, puts a smile on your face while doing that. I also like having a balance in the fictional world. There are plenty of tragic stories out there. There should be humour as well. We need the balance in fiction as well as in life.

And there is the sheer ridiculousness of human behaviour at times – it is right fiction reflects that. We should laugh at it and at ourselves. There is a wonderful saying I came across years ago and I’m afraid I’ve forgotten the source of it. (Have not been able to find it either so if anyone knows, do say in the comments box). But the saying goes “blessed is the man who laughs at himself for he will have endless entertainment”. Too true to argue with again, I think.

Laughter can bring joy to people. I think it is a noble thing to try and do that via stories. I have no time for those who look down on those who “just” write for entertainment rather than for a more “worthy” cause. Firstly, there is no “just” about it, all story writing is hard work though great fun, and, secondly, what on earth is wrong with entertaining people, including trying to make them laugh?

Also we are giving our characters attributes to make them seem more real to our readers so why shouldn’t we make them (a) capable of laughing and (b) capable of producing laughter in others, including other characters as well as readers?

Is humorous fiction the hardest to write? Hmm… any fiction is hard to write well. The problem humour has is it is inevitably subjective but by drawing on what we know about our lived experiences and getting our characters to portray them, then we recognise ourselves in those characters and can laugh at them and at ourselves too.

But not everyone is going to get the humour. Not everyone likes humorous fiction. (My late mother had a bit of a blind spot on that – read widely but just not humour). And that’s fine. There is at least one book out there for everyone. I like a good dose of my humour on my bookshelves and always will.