Doug Clews lived in Chandler’s Ford between 1938 and 1966. Now living in Perth, Western Australia, Doug shares his fascinating childhood memories of Chandler’s Ford with us.

Extracts from The Doug Clews Story, or As I remember it, 81 years on. 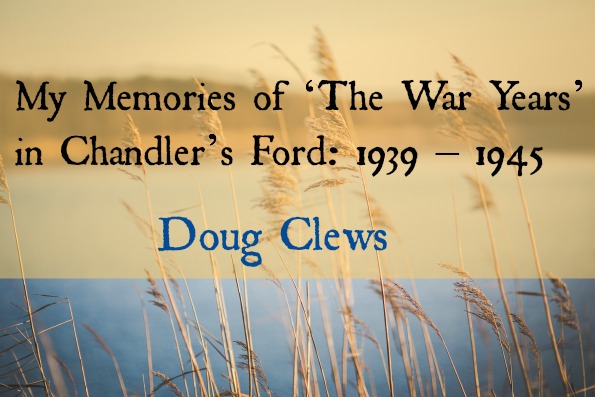 This was a Private mixed school, owned and run by a Mr. & Mrs. Russell.

At, normally, the age of 11 years, the girls went on to a private secondary school called Winchester County High School for Girls in Cheriton Road (renamed Westgate School in 1973) and the boys to Peter Symonds’ Public School for Boys, where I started at age 10½. Whilst at Nethercliffe, this involved a daily bus trip with my mother, covering the 6¼ miles from home in 30 minutes, leaving home at around 8 a.m. and returning home at about 6 p.m.

The journey to Winchester was by Hants & Dorset bus No. 47 (double-deckers in those days) from the top of Leigh Road, to the Public Library (now the Discovery Centre) in Jewry Street. It was then shank’s pony to Hatherley Road, via City Road, Stockbridge Road and Cranworth Road. The bus route then was via Otterbourne, Compton Down, Compton Village, and St. Cross and in the days before even Winchester by-pass was completed.

The trip was not without interest, as, just past the turn off into Bushfield camp (now Badger Farm Road and the former army camp site is the location of the Winchester South Park and Ride), and just before the junction with Twyford Road (I think now Five Bridges Road), there was an Army check point, where, in theory at least, all vehicles in to and out of Winchester were inspected.

The check point had armed soldiers manning it, and consisted of a chicane, formed by moveable barriers made of wooden poles with barbed wire, allowing only one vehicle to pass through at a time. It was not as disruptive to traffic as it would be today, as there was very little traffic at that time.

I can remember staying back after school to have tea with the Russells and the handful of boarders at the school, due to the fact that school finished at about 4 p.m. and my mother did not finish work at Tyrell and Green until 5 p.m. After tea, I used to walk to T & G’s at the Buttercross and wait for my mother, and then we both walked to the bus station off the Broadway, where indeed it still is today, and headed home.

Apart from Mr. and Mrs. Russell, I can only remember two teachers.

The incident of a broken arm 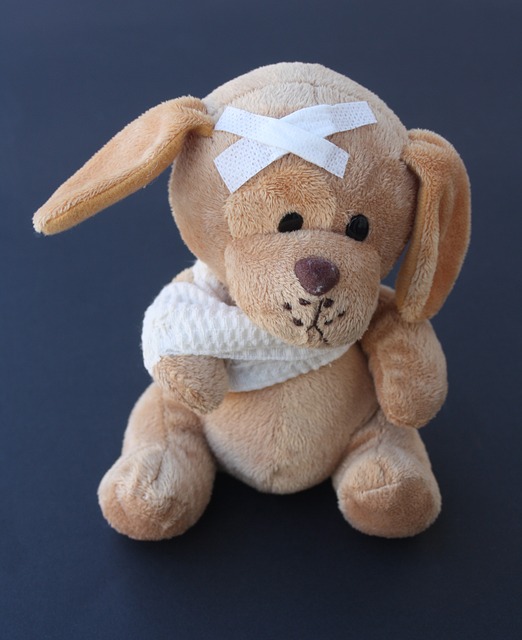 I can also remember being the cause of a broken arm (my second experience of such trauma), when, whilst playing ‘chasey’, I grabbed a boy called Windsor Hurd and pivoted on him in order to change direction, resulting in Windsor, whose hands were in his trousers pockets, falling over and landing heavily on his elbow and breaking his arm.

I had to stay in at play-time and lunch-time for a whole week after that, supervised by Mr. Russell! I also remember being ‘smitten’ by a ‘beautiful’ girl, whose name I still remember, it was Marion Smith, but alas, she was spoken for by another 10 year old boy!

I remember also, John Kirby, who had the misfortune to be injured around his mouth, quite severely, by shards of glass from the shop front of Murray’s Clothing Store, resulting from a bomb dropped on the corner of Jewry Street and City Road by a ‘hit and run’ German Dornier bomber.

Note: Next week, in Part 5, you’ll read a schoolboy’s detailed account of this event.

Originally and, at the time I started there, it was a fee-paying ‘Public’ School, founded by Peter Symonds, with connections to ‘Christ’s Hospital’ and ‘The Blue-coats School’, dating back to 1607.

In 1946, due to alterations made by the Government to the education system, it became, along with many other schools up and down the country, a ‘free’ 11+ Grammar School. In 2015, it is a highly-rated and very successful, mixed, Sixth-Form College.

For the ‘Old Boys’ unofficial nostalgia site, (of which I am, in 2015, a Joint Manager) go to Peter Symonds’ School Nostalgia Corner.

The most impressionable years of my life

My years at Peter Symonds’, which started in September 1944, aged 10½, and went beyond the war years, were, without doubt, the most ‘impressionable’ years of my life, and I feel a mention here will not go amiss.

It was here, that I learnt manners, discipline, values in life, respect for others and other peoples’ property (NO disrespect WHATSOEVER to my Parents … they had been teaching me all of this, but it had been unrealised by me at the time). I also learnt the 3 ‘R’s’, plus Latin, French, German, Geography, History, Art, Biology and Sex Education ‘à la Doc’.

‘Doc’ was the Head Master, Doctor Percy Thomas Freeman (Doctor of Divinity), a member of the Board of Winchester Hospital, driver of a late 1930’s black Wolseley 10, with the registration No. DOR 10, feared, on sight, by all at the school as they walked around the streets of the city of Winchester:

ANY of these terrible mis-demeanors resulted in public exposure to the rest of the school at the following morning’s ‘Prayers’ and ‘Notices’ session … (One hour’s detention for those who were late for these, unless they were Agnostic, Catholic, came under the general heading of ‘Other Denominations’, or had worked out the way to get away with it).

In 1944, the school was ‘shared’ with boys from Portsmouth Grammar School, who had been evacuated to the Winchester area (Sparsholt I believe), and, as a result, we had compulsory sport (unless you had a Doctor’s Certificate which excused you) every Tuesday, Thursday and Saturday afternoon, as that was when the Portsmouth boys occupied the classrooms. At the end of the war, the Portsmouth boys returned to their own premises in Portsmouth.

I rose through the ‘ranks’ of secondary education to the Upper Fifth, leaving at 16, having passed the requisite 5 subjects (after the second attempt) in the Oxford School Certificate Exam, in English, Maths, Art (a credit), French & German (a credit) … I realised later in life, LONG before now, how lucky I had been to receive such an education … how lucky I had been that my parents had decided, sometimes by going without themselves, that I would receive the best education they could provide.

The Peter Symonds’ Unofficial Nostalgia site offers many photos of both students and staff and, along with the ‘Blogs’ from ex students, pleasant memories are recalled.

What’s your memory of the war? Were you in Chandler’s Ford during the war? Please leave a comment and share your story with us.

My family moved to Meadow Grove, Chandler's Ford around 1937, where I
spent my childhood, teen years and early twenties. I was educated at
King's Road School Chandler's Ford, Nethercliffe Preparatory School in
Winchester and Peter Symonds' School, also in Winchester. I served an Electrical Engineering Apprenticeship at Pirelli's, did National Service in the Royal Artillery, and was a Representative for Birdseye Frozen Foods. The move to Western Australia came in 1966, where I continued a 'Sales' career. I retired in 2000 and lived in a 'Hills' suburb east of Perth City until August 2019. I currently live happily in a Nursing Home in Georges Hall, Sydney, New South Wales, Australia.