You are here: Home / Community / Christmas – A Time for Families?

This article is written by David Gurr, of St Francis Church, on behalf of Chandler’s Ford Churches Together (CFCT). You can find Church Services in Chandler’s Ford for Christmas 2018 on the CFCT page.

As Christmas approaches there is often a debate in our communities about the place of religion and faith amidst all the presents and feasting. Central stage for Christians is the birth of Jesus into a family with Mary and Joseph. Also central stage is the conversation piece of “are the family coming for Christmas?” or “are you going to the family?”

Families are an important part of many cultures and religions, not just Christianity. However, it is important to remember that Joseph took on the role of father to Jesus and was not his birth father. This is indeed true of many families in Britain, where children do not live with both their biological parents. We sometimes talk of “real parents” as if they are superior but in many practical ways Joseph was the real parent for Jesus as he grew up.

Are the family coming for Christmas?

In the modern world not all families live near each other and not all families are happy ones. Our son and family are coming for Christmas, which we are very excited about. It is their first visit for 10 years and the first time we will have both halves of our family together for Christmas since our son emigrated in 2004.

It was often difficult when people asked if the family were coming for Christmas. Perhaps a sense of proportion as their decision to live in Australia was planned and wanted. Joseph and Mary’s decision to flee to Egypt when Jesus was a toddler was as refugees in fear of their lives. 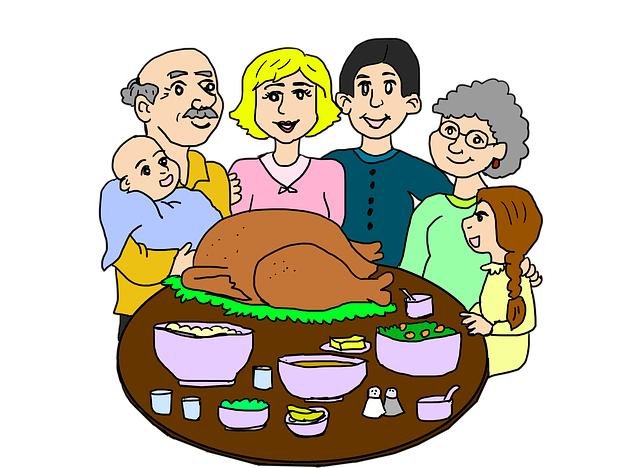 A tv programme last year included the comment “families can be like that” which begged the question like what? Another comment often used is blood is thicker than water. However, a relative of mine had not seen his son for many years since a teenage falling out and did not know he had a grandchild until the child was 12.

A former colleague of mine altered their home for their mother to come and live with them, as she became older and more frail. The brother responded by going to a solicitor to ensure he didn’t miss out on any inheritance. In the area where we live, several children are not living with their birth parents and family breakdown is as much a feature of modern society as mobile phones?

What makes a family?

One could have a long discussion as to what makes a family. A friend of mine was recently invited to a wedding with an apology that due to numbers, only “my family and the spouse’s family” were being invited. The story seemed odd to me as the wedding would celebrate making a new family but at the same time divide existing families.

As Christmas approaches we will celebrate the birth of Jesus, who began the family of Mary and Joseph and reminds us that families are not static over time.

The Christian faith has Love as a key message

The Christian faith has Love as a key message – for the Lord God and for one another. The principles of respect and care for one another are common to all the major world religions. Sometimes families work well and can be good for all. However, that is not always the case and it can be particularly sensitive when routine conversation asks “are the family coming for Christmas”.

People may be feeling isolated or the question may rub salt into wounds of family fall outs. Perhaps we should be cautious about making assumptions and maybe look out for those who will not have family around?

Being Human – Christmas Message From Churches Together in Chandler’s Ford

Christmas Unwrapped – Christmas Message from Churches Together in Chandler’s Ford

About Churches Together in Chandler's Ford

There are many different Christian churches and denominations, but all have the same basic calling: to worship God, to share the good news about Jesus Christ and to work for the good of all people.

So they often need to work together - and to co-ordinate the work they each do separately. When they do, they are acting as "Churches Together".

But being Churches Together means more than that. It means commitment by each church and denomination to deepen its fellowship with the others, and - without losing what makes each interestingly different - to work with them towards a greater visible unity.